Buckler and his colleagues have pioneered the development of advanced genetic resources and cutting edge genomics technologies and powerful software tools that allow scientists world-wide to reveal the hidden genetic secrets that lie in the genomes of plants and animals.

Buckler is no stranger to NSF, having been a principal investigator (PI) or co-PI on nine IOS PGRP awards. He was a postdoctoral fellow at North Carolina State University under the mentorship of BIO-supported PI Dr. Michael Purugganan of NYU who is a member of BIO’s Advisory Committee. With federal funding from IOS PGRP and USDA-ARS and support from Cornell University and the Bill and Melinda Gates Foundation, the Buckler Lab for Maize Genetics and Diversity has been able to carry out cutting edge basic research that can be and has been translated to the field for agronomic improvements.

Dr. Michael Freeling (Professor in the Department of Plant and Microbial Biology, University of California- Berkeley) was awarded The McClintock Prize for Plant Genetics and Genome Studies for 2017. 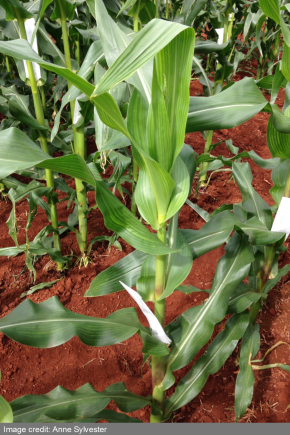 Freeling received this life-time achievement award for his ground-breaking work in maize genetics and genomics. Freeling fits the bill as “one…of the most creative minds and productive scientists in the study of plant genome structure, function, and evolution.”

Freeling’s research has opened new frontiers in plant biology, in topics that range from the genetic basis of stress responses to mechanisms of leaf development to epigenetic regulation. Freeling’s early NSF-supported projects spearheaded research on maize leaf development.  With funding from IOS PGRP, Freeling has uncovered and exploited the mysteries of non-coding regions of plant genomes, leading to new interpretations of genome evolution. Research conducted in The Freeling Lab has led to breakthroughs in understanding the structure and function of epigenomes in agriculturally important plants, putting the potential for crop improvements on the near horizon. Freeling has mentored over 70 successful post-docs and graduate students who contribute to high-level scientific progress through research, teaching and service, and this academic “family tree” continues to grow.

Dr. Paula McSteen (Associate Professor in the Division of Biological Sciences, University of Missouri) was awarded the MGEC Mid-career Award.

Previously a postdoctoral researcher with IOS PGRP-funded investigator Dr. Sarah Hake (National Academy of Sciences member and former Freeling post-doc), McSteen has emerged as a leader in maize “Evo/Devo” research, a discipline that encompasses developmental genetics and evolutionary study of maize and other grass models. Her research program, with more than a decade’s support from IOS PGRP and the Development Mechanisms program, spearheaded the genetics and genomic discovery of the role of auxin (a central plant signaling hormone) in the growth and development of floral structures in maize and other grain crops.

Dr. Candice Hirsch (Assistant Professor in the Department of Agronomy and Plant Genetics, University of Minnesota) was awarded the MGEC Early Career Award.

Hirsch, with support from IOS PGRP under the new Early Career Award (ECA-PGR) funding opportunity, has burst upon the scene with early significant accomplishments in maize genomics, focusing her attention on the pan genome–the inclusive and interlocking study of all related grass genomes. The Hirsch Lab is using Genome Wide Association Studies (originally introduced for maize genetics by Dr. Buckler) to identify natural variation of important plant traits, with a goal of crop improvement.